Your hair is thinning? We can help...
Save 25% now and have a Formulate chemist design customized hair & scalp formulations that will help your thinning issues once and for all.
We will be in touch 🙌
Ready to start your healthy hair & scalp journey with Formulate's customized shampoo & conditioner?
Please provide a valid email address 😭
GET FREE HAIR ANALYSIS NOW  TAKE THE QUIZ NOW
Home
Culture
Jun 26, 2020
Comments
SHARE:

Who knew that bangs could have such a knotted history? 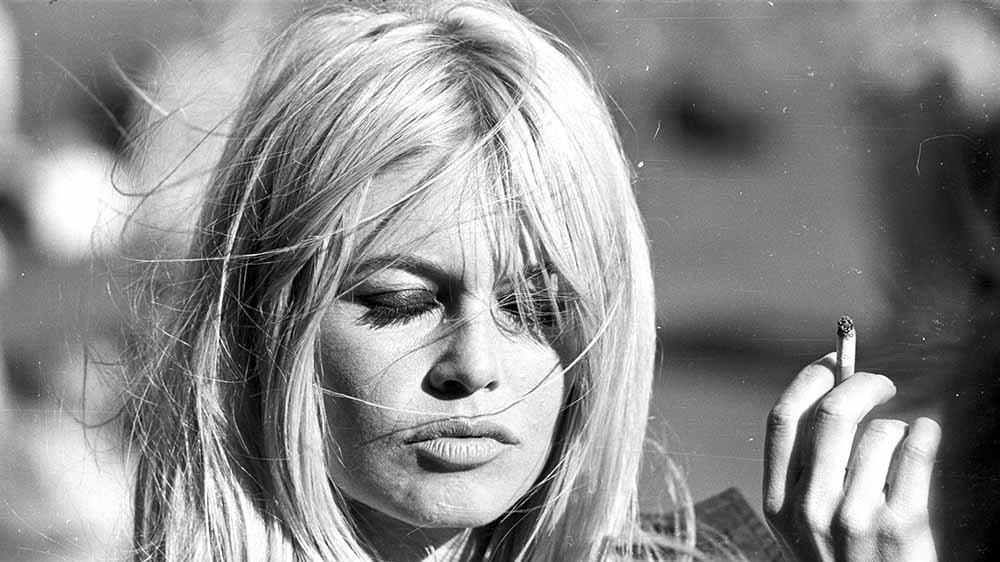 Curtain bangs are having a moment. And for good reason, too; they're mysterious, flirty, fun, and flatter nearly any face-shape. Plus, they're low commitment. Curtain bangs are easier to grow out than other, more blunt, forehead-grazing styles of bangs. You won't be left bemoaning your choices 6 months into changing your 'do.

So yes, we all love curtain bangs. But behind this hair-trend is a long, knotty history that trails back to 1950's France, when French Actress Brigitte Bardot (the same sultry gal who brought the bikini to the masses) first gained fame on the silver screen.

Who is Brigitte Bardot, and why is she controversial? We'll leave it to Simone de Beauvior, well-known existentialist thinker and feminist writer, to tell that story. Beauvior described Bardot in her 1959 essay, Brigitte Bardot and The Lolita Syndrome:

"She is the new idol of American youth. She ranks as a great international star. Nevertheless, her fellow-countrymen continue to shy away from her... Brigitte receives three hundred fan letters a day, from boys and girls alike, and every day indignant mothers write to newspaper editors and religious and civil authorities to protest against her existence."

Yowzah. This dislike wasn't just because Bardot was a sex symbol -- when other French actresses shed clothing on-screen, they weren't met with nearly the same level of disdain as Bardot. The problem was that Bardot was a new kind of woman, one that hadn't before been seen in France. Bardot played the role of a careless, capricious, and immature beauty who gave no heed to traditional, reigning forms of femininity. Like her curtain bangs, Bardot was untamed, flirty, and free, a woman who was both appealing and frightening to the French. 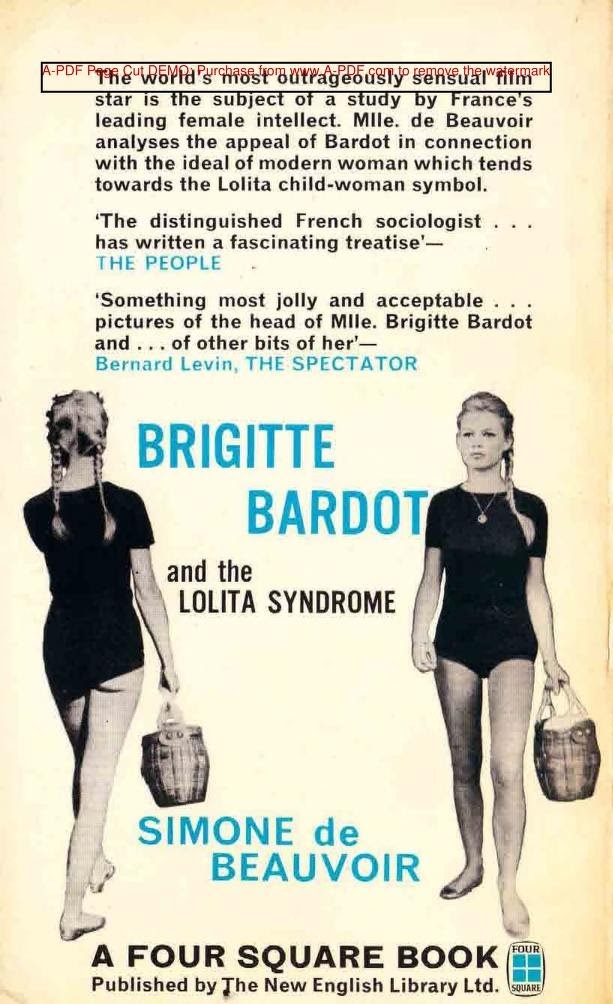 Beauvior cited Bardot's hair as a contributing factor to her dislike by the french people: "The long voluptuous tresses of Mélisande flow down to her shoulders, but her hair-do is that of a negligent waif... Brigitte was said not to bother using a comb, but to do up her hair with her fingers." Bardot's hairstyle, her entire look, symbolized youthful boisterousness. She had the hair of a high-class lady, but deliberately wore it teased and messy instead of properly pinned up. The kids loved Bardot's rebellious style and her poofy curtain bangs, but many of the older french were, to put it lightly, not into it.

Curtain Bangs Took On The World

The controversy ultimately only added to her appeal. Despite cries to "Ban Bardot", she became an international superstar by the early 1960's, and young women everywhere, even stars like Goldie Hawn, envied her curtain bangs. Teased bouffants and fluffed up bangs became a symbol of revolution and liberation in the new decade of peace and love: now it was cool to look like a fashionably disheveled waif.

The curtain bang craze continued well into the 1970's in America (hi, Farrah Fawcett), but eventually lost mainstream popularity back in France. Jane Birkin (of Birkin Bag fame) popularized a blunt, wispy fringe that became the new French it-girl norm. The Birkin fringe was somewhat similar to the Bardot curtain bang, in that it was long, scruffy, and could be parted in the middle; the Birkin fringe was the natural next step for European curtain-bang devotees.

The curtain bangs that have re-emerged over the past several years are a mix of the classic Bardot curtain bang and the shorter Birkin fringe. 21st century gals have generally been less interested in teased hair than their 20th century counterparts, thus the decrease in volume in the contemporary curtain bang. Alexa Chung's hair, for instance, has, for years, jumped around on the curtain bang spectrum between Bardot and Birkin, though she typically has erred on the side of Bardot.

Of course, the original Bardot curtain bang still boasts some prominent purists. The late Amy Winehouse, in particular, rocked a Bardot bang & beehive as her signature look, and you'll spot curtain bangs a plenty on the Instagram feed of celebrity stylist Sal Salcedo.

So what happened to the woman whose likeness is irrevocably attached to curtain bangs? Did she ever gain the love that was given to her bangs, or was she forever looked down upon by her people?

Well, it's complicated. Brigitte Bardot still wears her hair in curtain bangs today, at age 85. She quit the entertainment industry in 1973, to focus her efforts on being a full-time animal rights activist. From 1969 to 1978, Bardot provided the official face of Marianne, the previously anonymous national personification of the French Republic.You'd think that being a stand-in for the Goddess of Liberty meant that all was forgiven between this hair-queen and the French people, right?

Not so much. Since 1997, Bardot has been fined five times by the French government for inflammatory remarks against the Muslim community. Her latest fine was especially hefty -- it amounted to 15,000 euros, or approximately 20,000 USD. 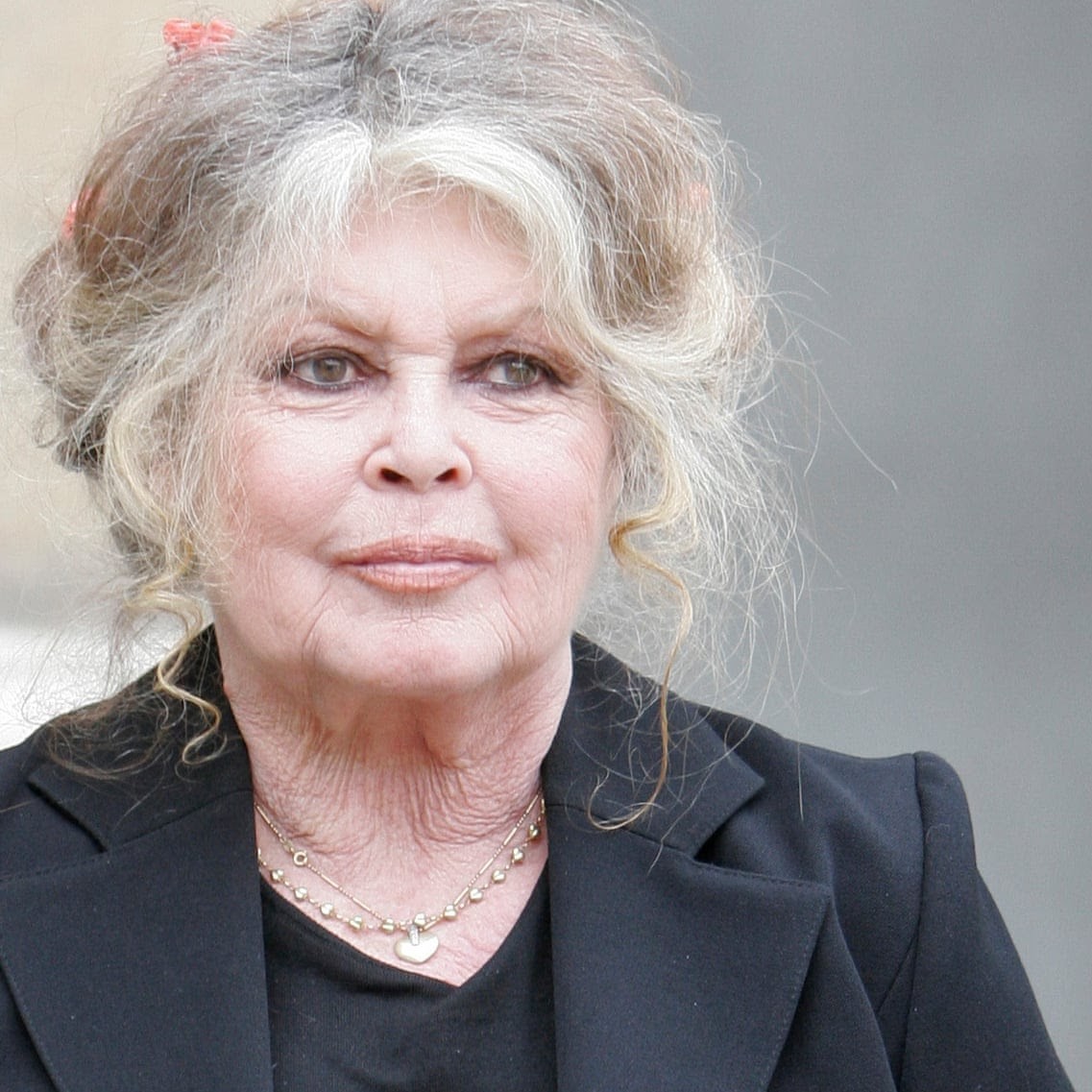 Despite having originally been a symbol of the feminist movement (Beauvior called her the "locomotive of women's history"), Bardot has also heavily criticized the #metoo movement. Rather surreally, Bardot's attack on the movement almost perfectly coincided with a huge resurgence of curtain bangs. Many of the ladies of Hollywood who now sport Bardot's iconic bangs consider her an enemy of progress in the movie-making industry. The way things are looking now, Bardot's namesake hairstyle may very well leave its creator and populizer behind in the dust.

Craving more hair culture? Here's what you've got to read next:

Get the je n'ais se quoi look to your hair that you've always dreamed of.

17 Times Hair in Superhero Movies Was Unrealistic as Heck

Come on, directors. You can only suspend disbelief for SO LONG!

The most ✨magical✨hair ranking you'll ever read!