Your hair is thinning? We can help...
Save 25% now and have a Formulate chemist design customized hair & scalp formulations that will help your thinning issues once and for all.
We will be in touch 🙌
Ready to start your healthy hair & scalp journey with Formulate's customized shampoo & conditioner?
Please provide a valid email address 😭
GET FREE HAIR ANALYSIS NOW  TAKE THE QUIZ NOW
Home
Culture
Jul 23, 2021
Comments
SHARE: 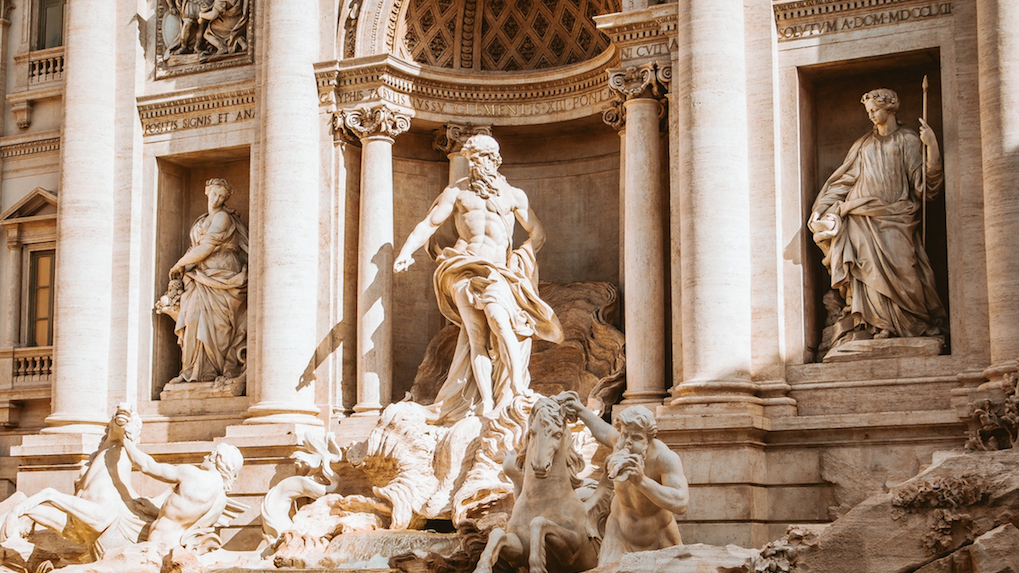 Ancient Shampoo Recipes: 4 Fascinating, If Gnarly, Ways of Getting Clean

Formulate user Kate wrote us with a question that we're excited to answer:

Hi Formulate team! I'm a history major, and I'm curious: how did ancient peoples wash their hair before shampoo? Did they wash it at all? How did people get clean before showers and baths? And if they did wash their hair, what kind of stuff did they use to do it?

Thanks for your question, Kate! To find the answer to your question, we consulted Katherine Ashenburg's The Dirt on Clean: An Unsanitized History. Here are just a few methods that different historical peoples used to cleanse their hair.

Rome: Drench hair in hot or cold water at a public bath (and then maybe apply and scrape away some oil)

Who needs soap when you've got some of the world's first publicly available bathing facilities? Considering that it was the first century BC, the baths were a pretty sweet deal. Paying a small fee at the door gave you access to a large bathing structure -- some even included extra rooms for massages and exercise. And did we mention that the water was heated, too? You could opt to bathe in either hot or cold water, as the Romans figured that both did the job. Bad news for the ladies though; women had to pay more than men to use the public baths.

The Romans got clean by rubbing oil into their skin, which they then scraped off with a strigil -- a special flat and curved instrument. While modern day shampoos and soaps lather up nicely, allowing them to be easily washed away, oil just sits there -- hence, the scraping. It's unknown if they used the same technique on their hair.

India: Wash hair with a mix of "ten different kinds of astringent, five spices and thirty-two herbs soaked in water." Dry hair in "fuming incense", and perfume hair with a thick paste of "musk deer"

Very important: the shampoo mix was considered to be of good quality if it made your hair shiny and "soft as the flowers". Yeah, you read that correctly: soft as the flowers, not pleasant smelling like flowers. The smell had to be musk deer, not flowers.

So what's musk deer, you ask? It's a rather adorable creature that is the state animal of Uttarakhand. The musk deer roams the high alpine region of the Himalayas at an elevation range of 2,500-5,000 meters, and is hunted by poachers for the musk pod carried in its abdomen.

Musk from the musk deer is valued for its cosmetic and alleged pharmaceutical properties and one kilogram of musk can fetch US $45,000 in the international market. Indian haircare did bad things to the native population of musk deer as it took 140 musk deer to produce a kilo of perfume ingredient -- poor little deer buddies.

So what does it smell like? The fragrance blog Perfume Posse describes it as the following: "Musk speaks carnally in whispers or shouts. If musks were a colour it would be white. Their scent is subtle, with a powdery yet almost nothingness smell similar to baby's skin." Also, fun fact: it's said that if you added drops of natural musk oil to a handkerchief, you'd still be able to smell it 40 years later.

Central Europe (the Celts): Wash hair with "lime-water" until it becomes blonde and coarse, like a horse's mane.

The Roman author Diodorus Siculus (90 BC - 30 BC) described the Celtic hair care routine as follows:

The Gauls are tall of body with rippling muscles and white of skin and their hair is blond, and not only naturally so for they also make it their practice by artificial means to increase the distinguishing colour which nature has given it. For they are always washing their hair in limewater and they pull it back from the forehead to the nape of the neck, with the result that their appearance is like that of Satyrs and Pans since the treatment of their hair makes it so heavy and coarse that it differs in no respect from the mane of horses.

There's some debate over if the Celts used slaked quicklime or chalk. Slaked lime is roasted limestone that is crushed and mixed water, then cooled (since the mixing can cause a heat reaction.)

Slaked lime isn't the safest thing to apply daily to the hair -- there's the potential for blistering, burning, and scarring on the skin. Chalk, meanwhile, is non reactive and less dangerous, so it might be that the Celts allowed white chalk to build up in hair until they looked blondish, a la too many days of dry shampoo usage. Then again, maybe they really did just burn their scalps on the daily with slaked lime -- no way to ask them now!

France: Rub the hair with bran or powder before bed. Remove it with a comb in the morning. Definitely don't use water.

The head and hair should be cleansed only "with the greatest caution," according to French author Jean Liebault, the author of a popular 1582 beauty book (was this Vogue's predecessor?)

Washing water was a scarce resource at the time, mostly only available to the very wealthy. When washing water was available, it was saved for use only on the hands and face, as to remove the worst of the day's grime. Because of the lack of available hair washing water, Liebault recommended purifying the tresses with bran. If you think about it, his technique isn't that dissimilar from today's powdered dry shampoo. Did bran actually get hair clean? Probably not. Could it work well enough that you could survive another day looking somewhat kempt? Seems likely.

How To Go Back To Your Natural Hair Color

Salon Wash Techniques: Why Is Wash Day SO Much Better At The Salon?

Is it possible to have your own salon experience at home?

Waist Length Hair: Is It Attainable For You?

Finding The Right Hair Colors For Your Skin Tone

A handy-dandy guide to finding the right color for you.