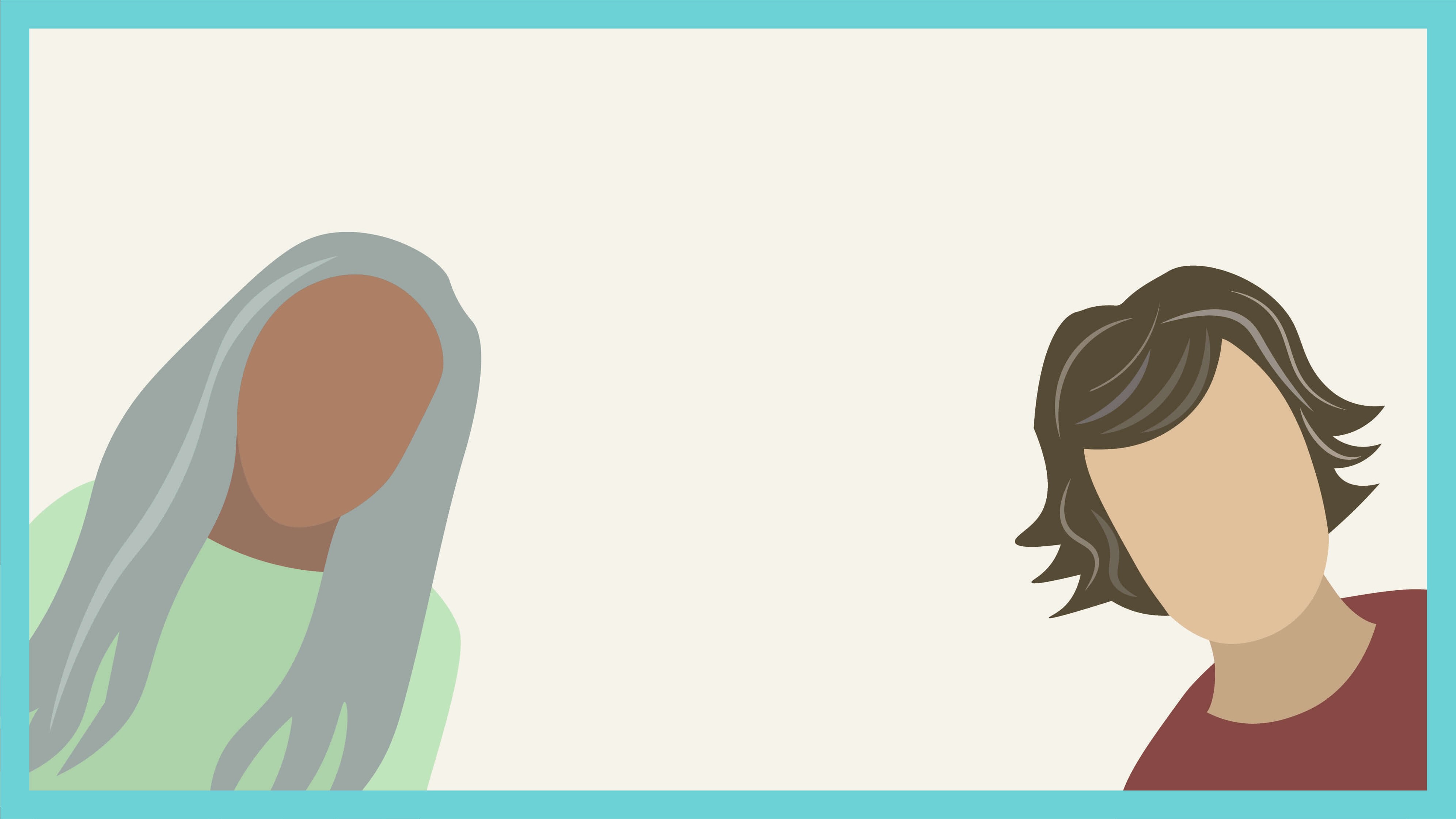 ...and how do you know if your hair will go gray? Can you prevent it? Should you dye gray hair?

Though for many people graying hair is simply an expected part of life, the science behind it is pretty complex (and interesting!) Gray hair isn't always the terrible thing that some of us perceive it as being; it's really a normal part of the experience of being human.

How does hair turn gray?

Hair graying occurs when pigment cells in hair follicles begin to stop producing melanin. A single strand of hair can't turn gray once it has emerged from the scalp; hair "turns gray" when a non-gray hair falls out and the hair that replaces it does not contain pigment. Graying is a gradual process, and only becomes noticeable over time, once a large number of gray hairs have grown in.

What determines if your hair turns white or gray?

Why does gray hair feel different?

Gray hair might not actually be that different from non-gray hair. The feeling that gray hairs are kinkier than non-gray hairs could all just be a matter of perception and internal bias.

The cosmetic experts over at the Beauty Brains reviewed the available research on gray hair, and found little substantial evidence to indicate that gray hair is structurally different from non-gray hair. The BB crew found several experiments that had participants close their eyes and attempt to tell the difference between their gray hairs and non-gray hairs; participants were overall unable to tell the difference between the two types through feel alone. Feel free to try this for yourself -- close your eyes, and attempt to feel amongst your hairs for one that's gray. Were you successful? 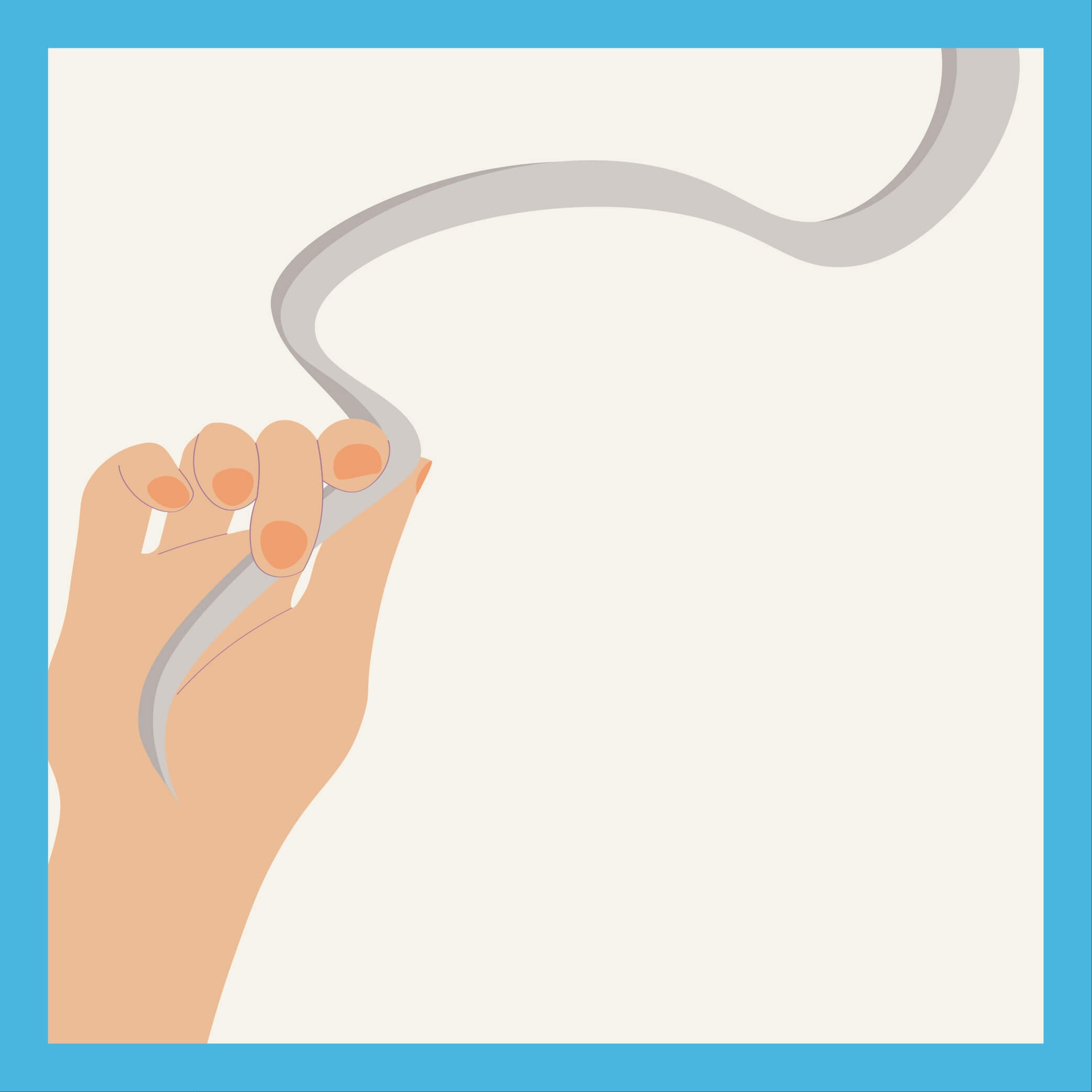 We might think that gray hair feels "different" from other hairs for several reasons. For starters, many of us are biased against gray hairs. This is pretty understandable; most people in western society don't like seeing visible signals of aging on their bodies. Even though gray hair isn't always correlated with aging (many people begin graying in their teens and twenties) we tend to associate it with undesirable qualities such as unruliness, roughness, and weakness, regardless of if these qualities are actually present in gray hairs. Even if our fingers don't feel signals of roughness in hair, our brains might tell us that we should.

On the other hand, gray hairs might feel rougher because hair follicles typically produce less hydrating sebum as they age. Sebum helps hydrate hair naturally, which leads to stronger, shinier, and overall healthier hair. As sebum production slows down, hair health may decrease alongside it because of the lack of additional moisture.

This decrease in oil isn't all bad. For some people, it can be a very good thing; if you've experienced an oily scalp your entire life, this change could provide a welcome respite. For many others, a decrease in sebum is not so great; a lack of moisture can lead to those very feelings of kinkiness and weakness that we tend to associate with gray hair. Fortunately, there are specialized products that can help target some of the problems associated with aging hair follicles -- check out Formulate's hair quiz to get started.

Can stress cause gray hair?

Stress and gray hair may be related, but more scientific evidence is needed before any sort of definitive claim can be made.

This is a complex question, because limited stress isn't nessecarily a bad thing for hair, or for health overall. While chronic stress is certainly not great (more on that later), the ways that our bodies respond to short-term, or acute, stress can be lifesaving. When we come into contact with a stressor (for example, a hungry lion out in the wild), our bodies recognize a threat and prepare for a fight, flight, or freeze response. When a threat is identified, our heart rates increase, breathing becomes more rapid, peripheral vision expands, hearing becomes more acute, and blood thickens, preparing our bodies for potential injury. 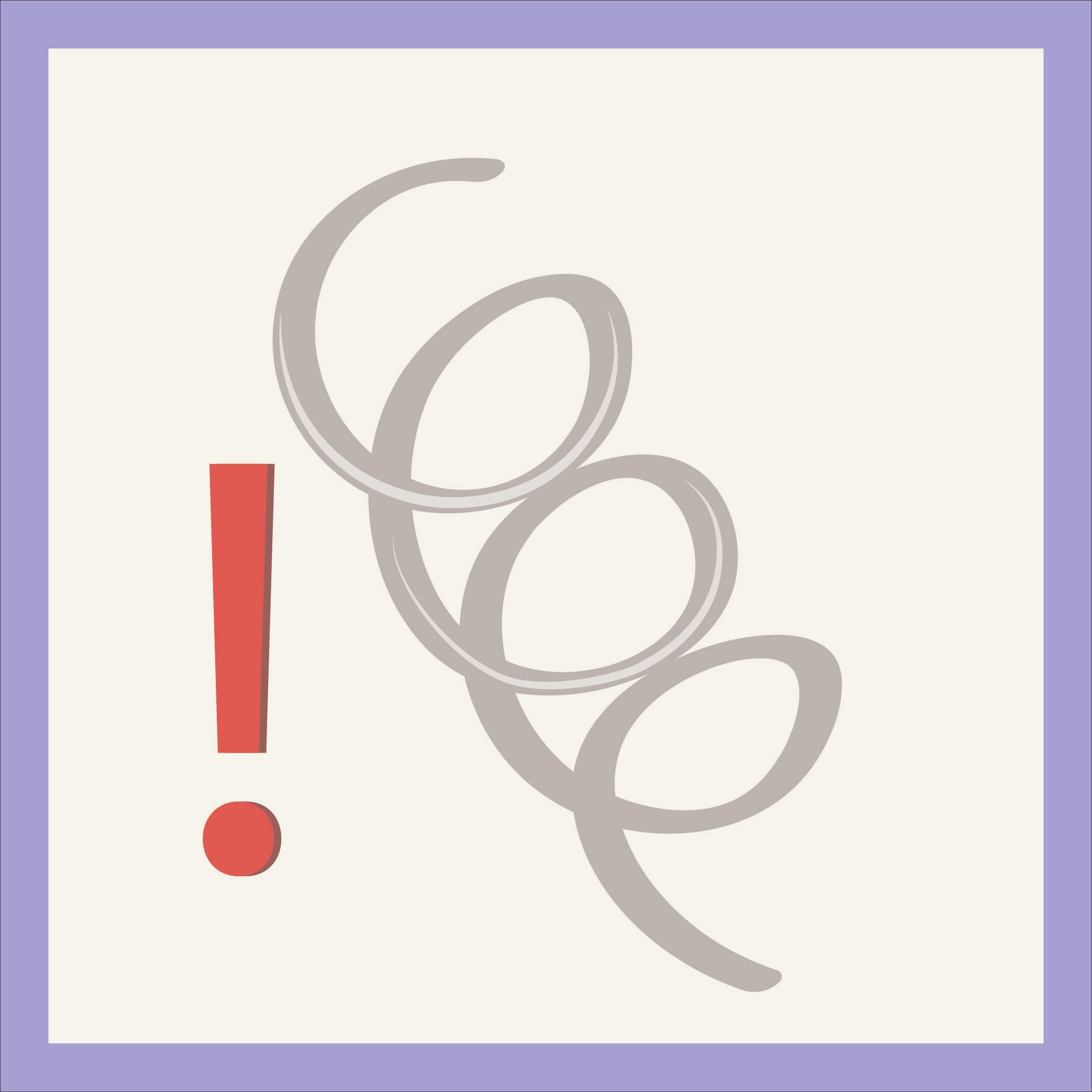 While lion attacks are far less likely today than they were a thousand years ago, our acute stress responses can still be helpful in the modern age. If you've completely forgotten about a work assignment that's due in a couple of hours, for example, this same stress response can jump into action and help you get your work done just in time.

It's important to note that our stress responses evolved to target single events of acute stress in which we need to quickly escape danger. Chronic stress (meaning uncontrollable stress that continues on and on, like an especially stressful job or a prolonged familial illness) can have many health consequences, including hair loss. Although chronic stress has not yet been seen in clinical research on human subjects to stop hair follicles from producing melanin, it can cause hair to fall out more quickly. If the follicle that produced a lost hair is beginning to slow melanin production, the next hair that grows to take its place may be gray. In this way, chronic stress does not directly cause hair graying, but it might speed up graying should it already be occurring.

Finally, we'd like to note that while we don't have solid evidence on the relationship between stress and gray hair in human subjects, there is some interesting evidence available on stress and gray fur in mice. A 2020 study from Harvard and the University of Sao Paulo found that stem cells that control hair and skin color in mice became irreversibly damaged after extreme stress, causing white fur in the mice that were tested. 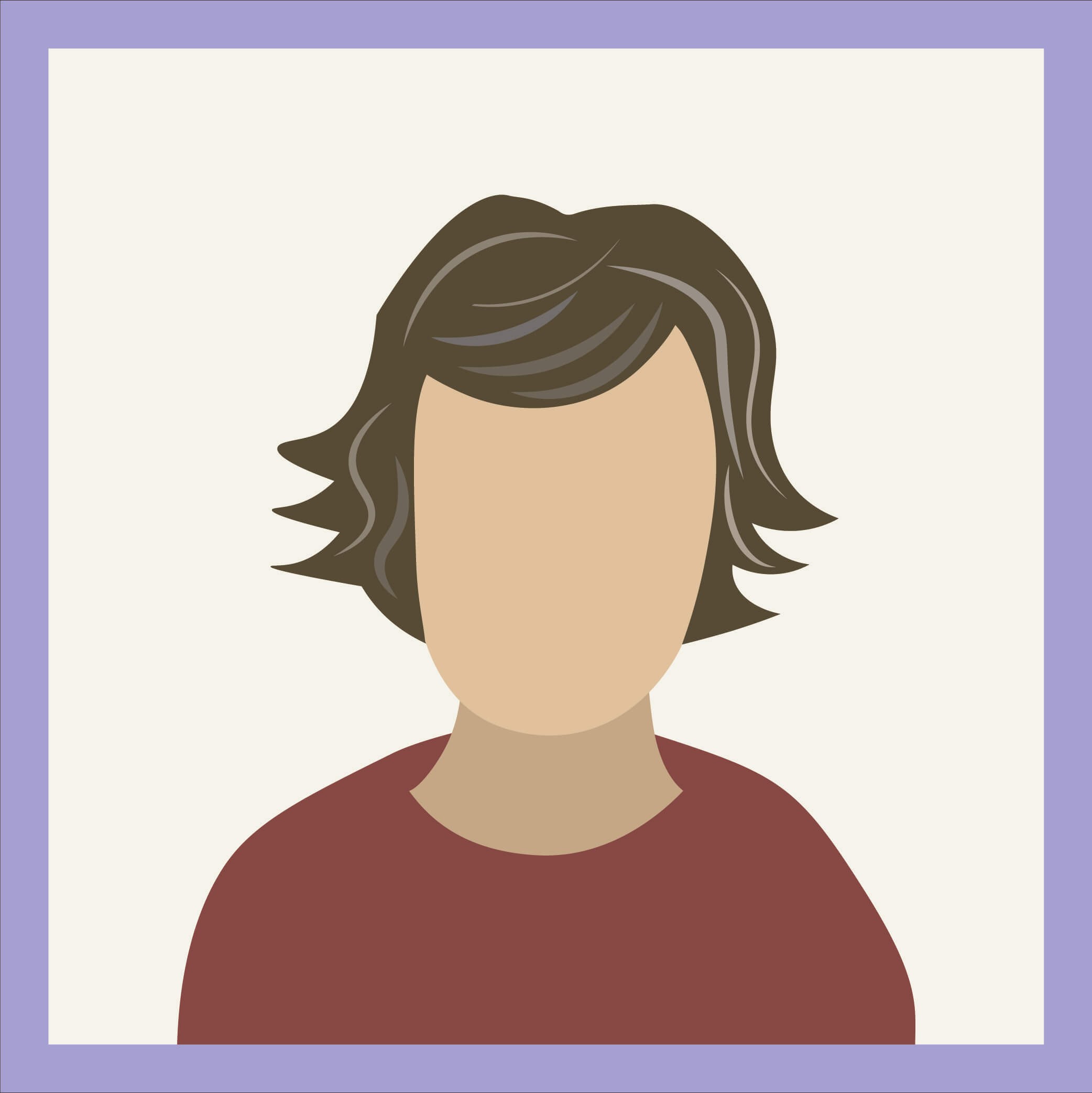 While the findings of this study are certainly interesting, Harvard Health Publishing has provided valuable critiques of the study to help prevent overgeneralizations about the study's findings. It's important to remember that a single study on mice does not mean that we've solved the puzzle of stress's relationship with gray hair -- mice and humans are radically different creatures, and it's common for findings on mice to not generalize to human populations. Further, the stressors used in the study are different from the human experiences that we associate with chronic stress. The mice in the study weren't becoming stressed from relationship problems or an overbooked schedule; they were instead being injected with resiniferatoxin, a physical irritant.

Overall, it's difficult to determine the exact relationship between stress and gray hair, because their connection is difficult to study within a controlled, laboratory setting. Regardless of how you might feel about the morality of experiments that involve mice as test subjects, inducing chronic stress reactions within human test subjects is certainly unethical -- no amount of potential information about gray hair is worth significant emotional harm to a human participant.

Can you prevent gray hair?

Though gray and white hair is often associated with aging, the two are not necessarily always connected. Some people never experience hair graying, while others experience it beginning in early childhood. Graying can be influenced by an enormous variety of factors, broadly including:

Cigarette smoking has been shown to have a significant relationship with premature hair graying, as well as premature hair loss. We would also recommend that you stop smoking because of its many other notable effects on health -- the CDC is an excellent resource if you'd like to learn more.

Your family history is an excellent predictor of hair graying. If your parents and grandparents went gray at an early age, there's a decent chance you will too. Unfortunately, you can't prevent going gray if it's written into your genetic code, but family history can help you to at least know what's likely to come.

People with African ancestry typically have hair follicles that produce melanin longer than hair follicles of people with European or Asian ancestry. Again, this isn't preventable, but this information can help you know what's to come.

Should I dye gray hair?

Overall, dyeing gray hair has become normalized for individuals who experience hair graying, but that certainly doesn't mean that you have to do it. Limited evidence suggests that gray hair could actually have some surprisingly positive effects, but the choice is ultimately a personal one.

Many people want to look younger than they feel they appear. In America, our culture is pretty obsessed with age, and dyeing hair is perceived as being an easy way to take a few years off of our faces. 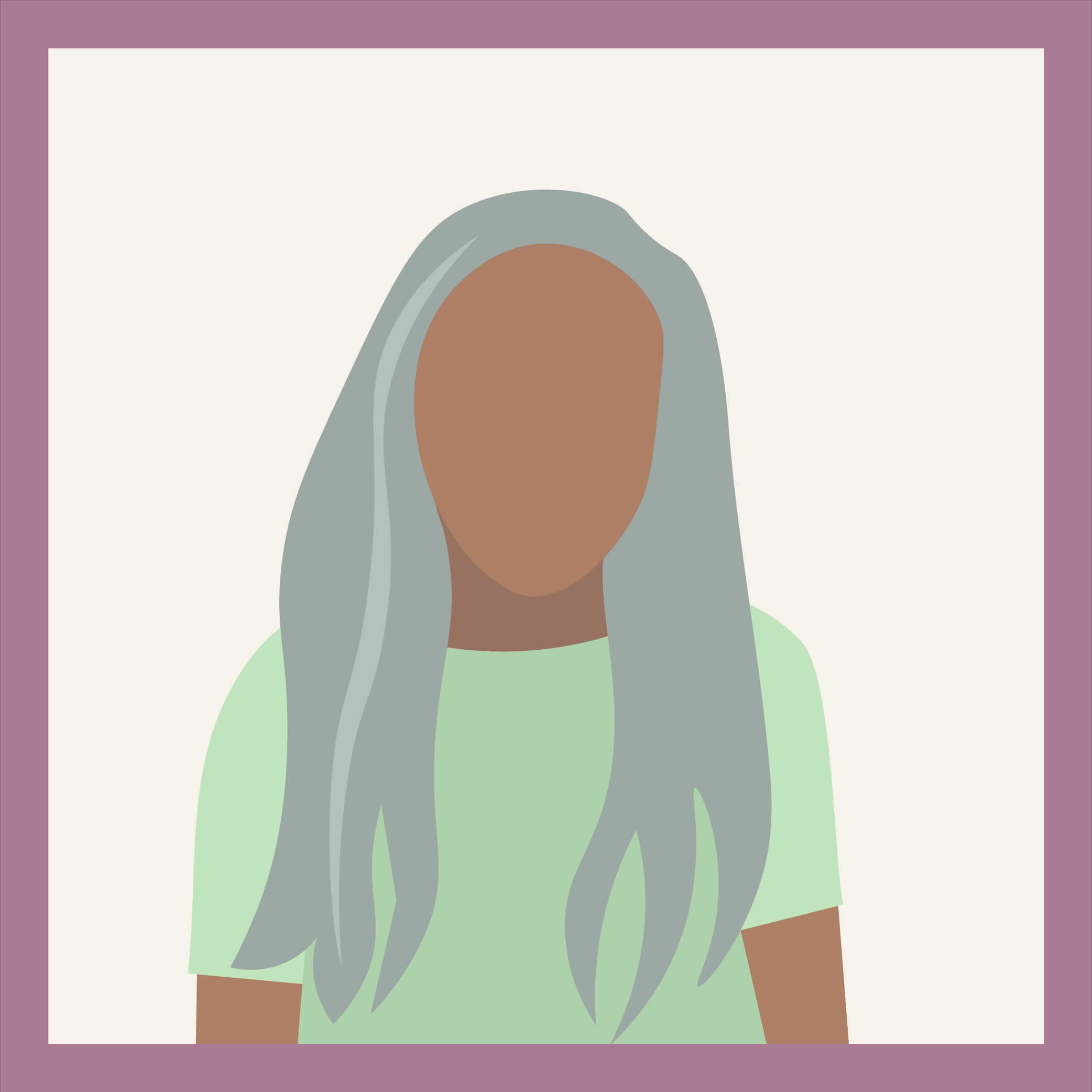 However, gray hair might not be as bad as we think. Research indicates that gray hair can have unexpected benefits in professional settings. One study of older, professional Finnish women found that participants with naturally gray hair reported being taken more seriously at work and experiencing less sexism. Another study on patient outcomes in a Massachusetts hospital found that gray-haired physicians experienced slightly less patient mortality than their non-gray haired colleagues.

Both of these outcomes could, of course, be contributed to by other factors; gray-haired workers are more likely to be older, and therefore likely have more professional experience. More research is needed to examine these effects to learn if they exist independently of experience and across populations. Still, it might be worth it to try gray hair out for yourself and see what the experience is like for you. After all, there's not a whole lot to lose; you can always start dyeing again.

If you're beginning to go gray, it is really up to you to decide if you would like to dye your hair or embrace your new silver shade. Both choices are perfectly valid, and your decision should be based on what makes you feel best. Just be sure you pick up a set of great products to help your gray hair with its unique needs!

Wanna learn more about how to take the best care of your locks? Here's what you should read next:

How do I Repair Split Ends?

Is it really possible to repair split ends without a trim?

Why Is Formulate Paraben Free?

We've got the down & dirty on this controversial ingredient.

What does purple shampoo do?