Your hair is thinning? We can help...
Save 25% now and have a Formulate chemist design customized hair & scalp formulations that will help your thinning issues once and for all.
We will be in touch 🙌
Ready to start your healthy hair & scalp journey with Formulate's customized shampoo & conditioner?
Please provide a valid email address 😭
GET FREE HAIR ANALYSIS NOW  TAKE THE QUIZ NOW
Home
Culture
May 2, 2020
Comments
SHARE: 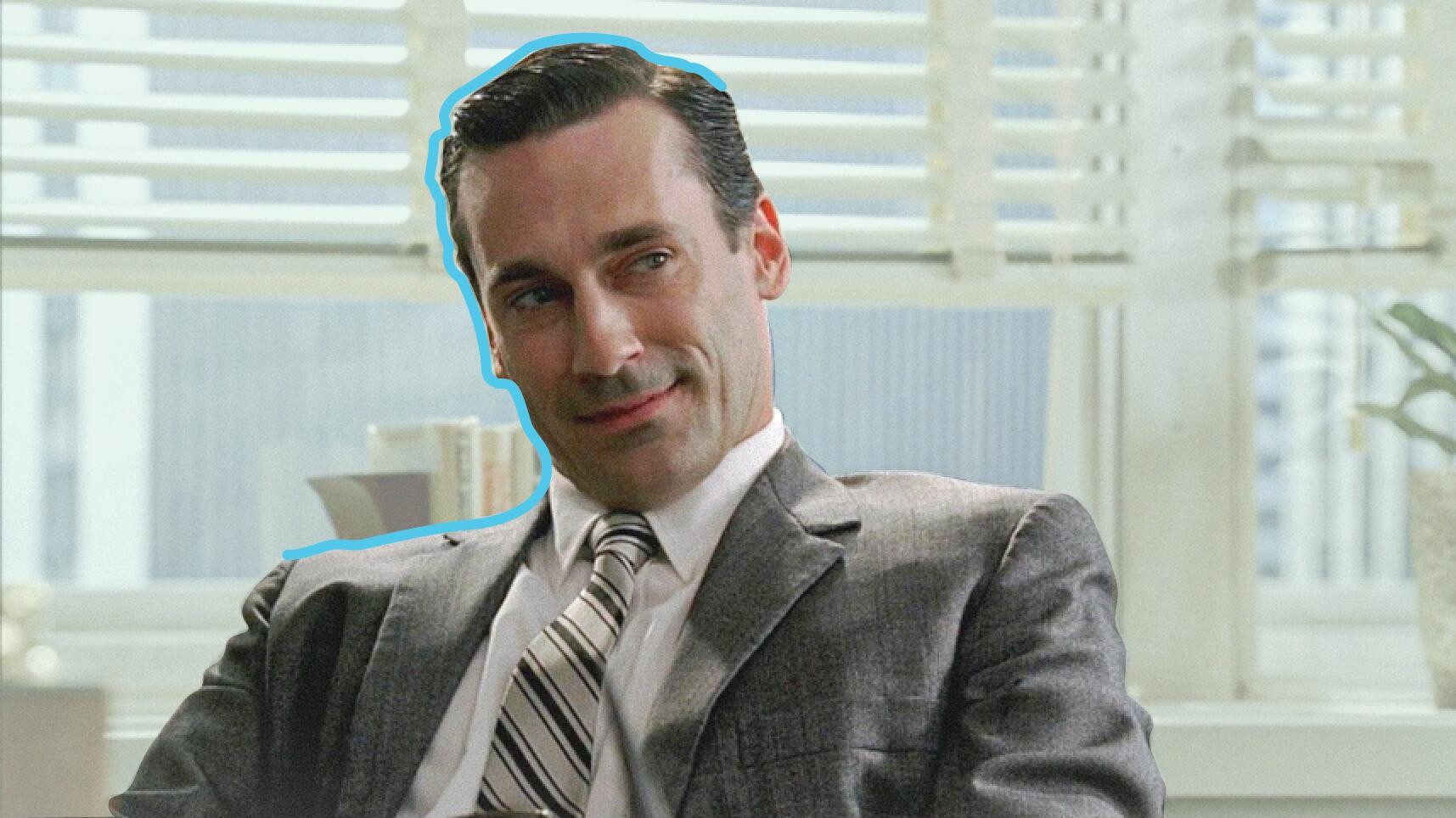 Don might have questionable morals, but dang, the man has great hair.

1. Don's look remains consistent throughout the series for a very specific reason

Time and place are crucial aspects of any successful TV show, but Mad Men takes it to a whole new level. The series spans from March 1960 to November 1970, and major historical events, such as the 1960 presidential election, the death of Marilyn Monroe, and the moon landing, were depicted with artistic zeal.

The trends of the decades are further represented through the character's hairstyles; Roger grows a handlebar mustache, Peggy goes from piecey bangs to a flipped bob, and several of the guys in the office sprout beards at the onset of the 70's. The times were a-changing in the 60's, and everyone had to roll with it.

Everyone, except for Don, that is. 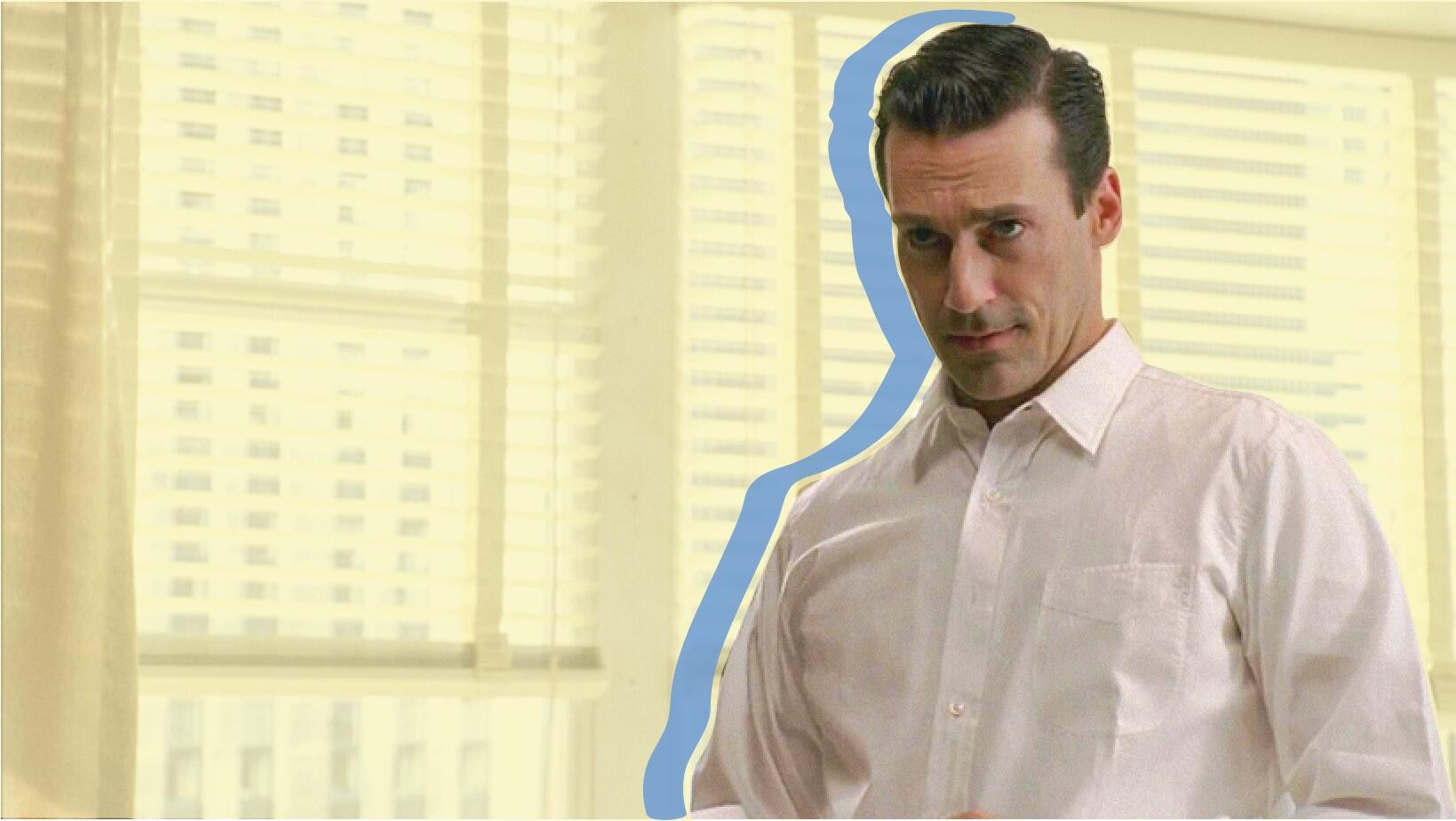 Don is older than several of the other characters, and is set in his (incredibly self-destructive) habits. While other characters may be sensitive to up and coming trends, Don wants to occupy the role of the classic American man (more on that later).

His reluctance to acknowledge the tumultuous trends of the decades provides a contrast to the characters who do, reminding the viewer of just how much the world is changing.

Don's defiance of trends serves the series's depiction of time well. His hair is a kind of storytelling device, as it acts as a reference point to where characters were at the beginning of the series. Everyone changes, but Don Draper.

2. Don's hair gel isn't accurate to what was used in the time period.

According to Gloria Ponce, former head of the Mad Men hair department, Don's on-set hair at the beginning of the series was styled with a combination of Redken hair gel and TRI Professional Haircare spray. The combination of products might leave hair a little crunchy, but far less greasy than the leading hair pomades of the late 60's or early 70's.

Back in the day, Brylcreem, Murrays, and Vitalis were king, but they didn't always feel great to apply. These pomades were notoriously greasy (yuck), and could lose hold quickly if applied by a less-than-expert hand.

That being said, several of these products continue to be produced today, so the Mad Men team could have used them on Don's hair, should they have wanted to. Brylcreem in particular certainly still has a firm fanbase due to its classic reputation and fragrance, and was used on a few other male characters - but not Don. 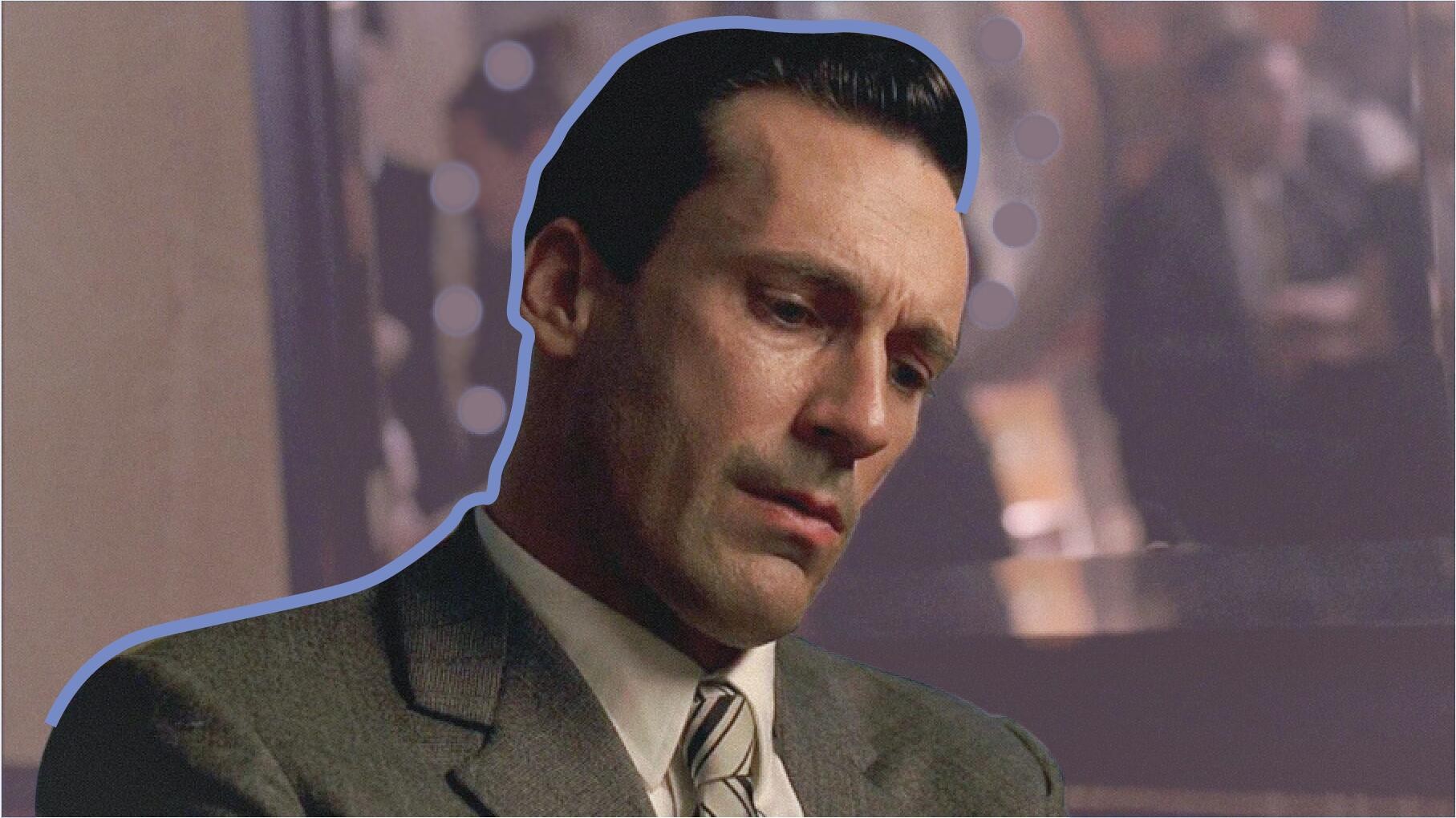 (Side note: near the end of the series (and possibly from a change of hair department heads), it's rumored within Reddit fandom that the show switched to using American Crew products instead. If this is true, it was subtly done - we sure didn't see signs of a transition.)

3. Don's hair provided a moment of calm within the madness of hair research

Considering that the show won an Emmy for its impeccable approach to 1960's style, it's perhaps not that surprising to hear that a great deal research went into hairstyles.

Still, it's hard to fathom just how much research went into on-screen locks.

The staff bought up old TIME magazines (helpful for finding the perfect hairstyles for politicians and celebrities) and combed antique markets and thrift stores for hair salon magazines that depicted the latest trends (a solid source of information for fashion-forward characters like Joan). Hair researchers searched through old newspapers and film strips, all in search of the perfect hairstyle for an individual scene.

Don's hair was a little easier to handle, research-wise. Once his initial hairstyle was picked (which was obviously no small feat), Don mostly just had casual hair (for at home or sometimes, cough, with a mistress) and polished hair for the office and other formal settings.

His hair obviously still had to be perfect in every scene, but didn't require the same endless research as other characters who changed hairstyles each season. 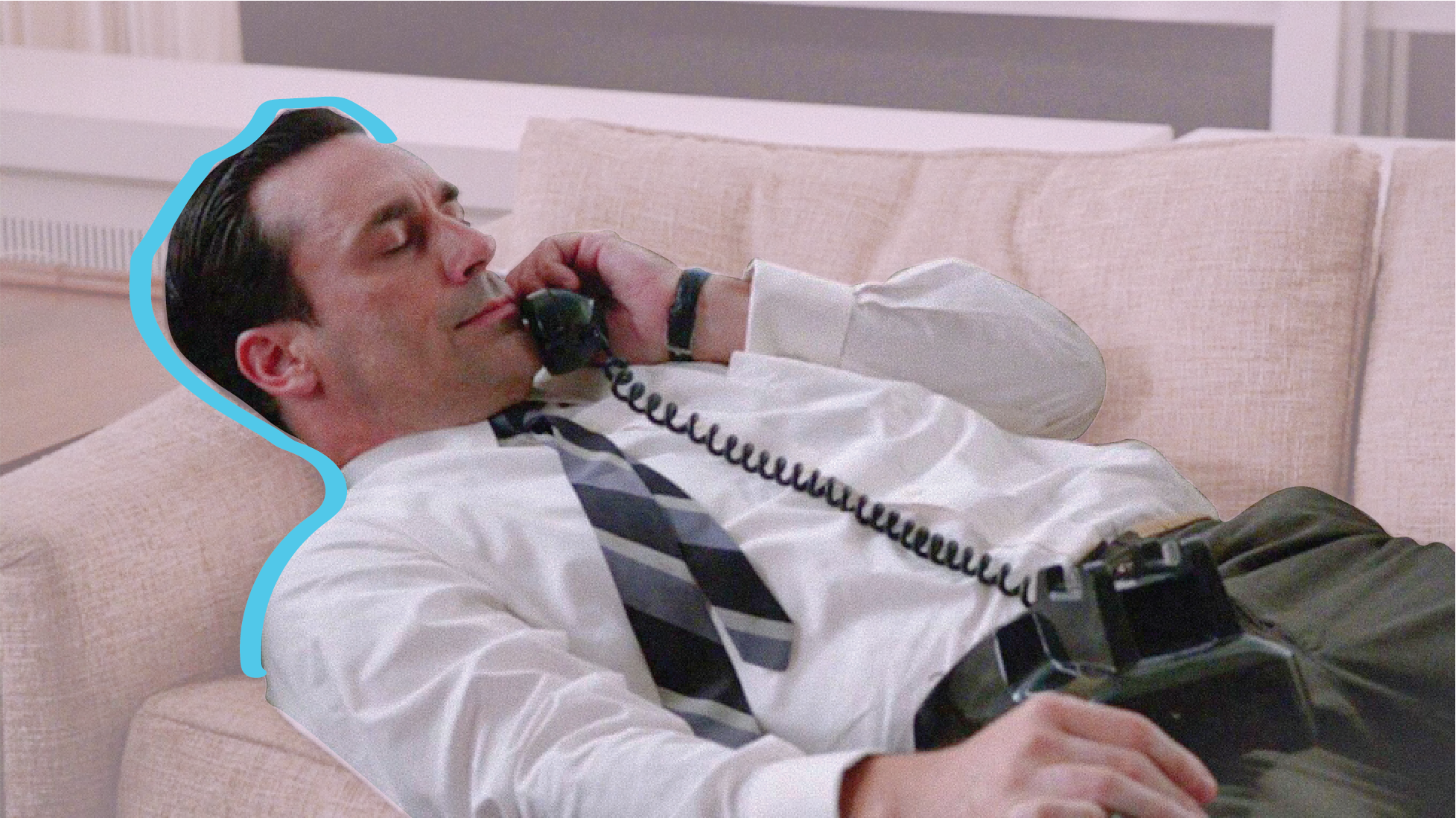 Google "Don Draper hair" today, and we're sure you'll find no shortage of articles on how to get this iconic hairstyle. Don's style is classic, and his hair wouldn't look out of place in 1920, 1960, or 2020.

According to image consultant Patrick Kenger, "The hairstyle is reminiscent of the classic styles we saw in the '50s. The side part was, and still is, the most classic men's hairstyle. In recent years, we've seen more of a resurgence, but with the sides kept much shorter."

"To get this cut, ask your barber for a classic side-parting with tapered sides and to keep the top long, around 4 inches or so."

A final piece of advice from Theraesa Rivers; "it never requires a clipper, so make sure your barber only uses scissors to create the cut... the sides and back should be cut about an inch long and blend into the top."

As always, we recommend supporting your new haircut with custom products, unique to you. After all, why support your dapper new 'do with anything less than perfection?